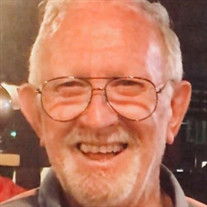 Mr. Roy R. Adams, A native of Bogalusa, LA., and long time resident of Butler, AL., passed away on Thursday morning, August 7, 2020, at his sisters home in Amite, LA. Roy loved coon hunting, fishing and horses. He was a pillow of his community,... View Obituary & Service Information

The family of Mr. Roy R. Adams created this Life Tributes page to make it easy to share your memories.

Send flowers to the Adams family.