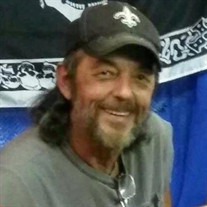 On July 20, 2021, Mr. Kenneth Wayne Miller passed away peacefully in his home. Mr. Miller was a lifelong resident of Washington Parish and a proud truck driver. He will be truly missed by his children and grandchildren. Mr. Kenneth is survived... View Obituary & Service Information

The family of Mr Kenneth Miller created this Life Tributes page to make it easy to share your memories.

Send flowers to the Miller family.