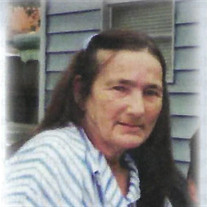 Juanita Creel Varnado, a loving mother, sister, grandmother, great-grandmother and aunt, passed away Monday November 19, 2018, at the age of 78. Juanita will be forever missed, loved and remembered by her surviving children. She is survived... View Obituary & Service Information

The family of Juanita Varnado created this Life Tributes page to make it easy to share your memories.

Send flowers to the Varnado family.