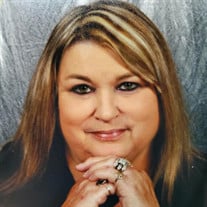 Joyce Creel passed away Thursday, September 23, 2021, at North Oaks Medical Center in Hammond, LA., at the age of 68. Joyce was a clerk at City Drug Store for 20 years. She loved spending time with her family, friends, camping, and butterflies,... View Obituary & Service Information

The family of Mrs. Joyce Corkern Creel created this Life Tributes page to make it easy to share your memories.

Send flowers to the Creel family.