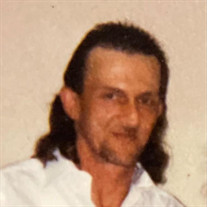 Joe Dee Garner, 58, of Bogalusa, La, passed away on March 3, 2021 at his home surrounded by his family after a short battle with cancer. Born June 8, 1962, a lifelong resident of Bogalusa, Mr. Garner had a passion for woodwork. He is survived... View Obituary & Service Information

The family of Mr. Joe Dee Garner created this Life Tributes page to make it easy to share your memories.

Send flowers to the Garner family.