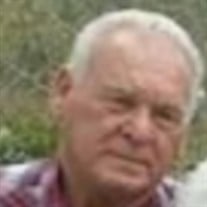 Mr. Jerry &#8220;Provost&#8221; Creel, passed away on Tuesday evening, July 21, 2020, at the age of 79, at Slidell Memorial Hospital, Slidell, LA. Mr. Jerry was an owner/operator of Jerry Creel Trucking for many many years. Jerry is survived... View Obituary & Service Information

The family of Mr. Jerry Provost Creel created this Life Tributes page to make it easy to share your memories.

Send flowers to the Creel family.