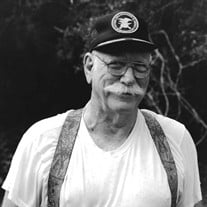 DALLAS “DOC” MARSHAL ALFORD PhD passed away Tuesday, December 28, 2021, in Baton Rouge. He was a loved father, grandfather, husband, and Master Mason. He was born and raised in the Mt. Nebo Community and Amite area. He was 90 years old. Dallas graduated from Amite High School in 1951 and enlisted in the United States Navy soon after where he played football for the Navy and the Pensacola Goshawks and served aboard the USS Bennington. After being honorably discharged from the Navy, he earned his bachelor’s degree from Southeastern Louisiana University and in 1966 earned his Doctorate in Horticulture from Louisiana State University. He worked as a Professor at McNeese State and Southeastern Louisiana University before spending the remainder of his career with the Louisiana State Department of Corrections at Angola and the Rayburn Correctional Center in Angie, Louisiana. Dallas was a Master Mason, long time member and Past Master of the Spring Creek Lodge #184 and Bogalusa Center Lodge #244. He was a Shriner with the Acacia and Jerusalem Shrine Temples. He was an avid hunter, fisherman and hobby farmer. Farming brought immense joy to providing his family’s food at his own hands. He is survived by two daughters Deann Landers and husband Doug; and Amanda Alford Dorsa and husband Matthew; son Houston “Louie” Alford and wife Katie; two stepsons Paul Nuelle and Chris Nuelle and wife Amy. He is also survived by grandsons James Landers, Casey Alford-Weaver, Carson Dallas Weaver, and Ryan Marshal Alford; granddaughters Sarah Alford, Lauren Alford, Camryn Dorsa and Cayli Dorsa; step granddaughter Madalynne Hughes; step grandsons Hunter Meldahl and Connor Nuelle. Dallas was preceded in death by infant son Marshal Daniel Alford, adult son Timothy Alford, his beloved wife of 31 years Deborah Alford, his parents Homer and Hazel Alford and his siblings, Lewis, Herbert, Vera, Velma, and Doris. Always the engaging raconteur and conversationalist, Dallas will be missed deeply by his family and friends alike. In lieu of flowers, please make donations to the Shriners Children’s Hospitals at www.shrinerschildrens.org

DALLAS &#8220;DOC&#8221; MARSHAL ALFORD PhD passed away Tuesday, December 28, 2021, in Baton Rouge. He was a loved father, grandfather, husband, and Master Mason. He was born and raised in the Mt. Nebo Community and Amite area. He was 90 years... View Obituary & Service Information

The family of Mr. Dallas Alford created this Life Tributes page to make it easy to share your memories.

Send flowers to the Alford family.